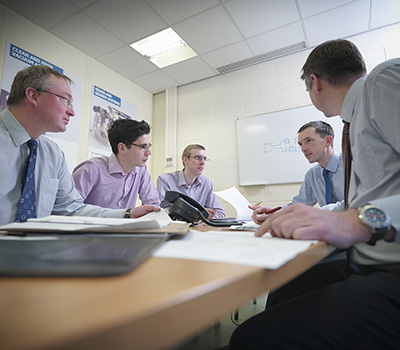 Industrialisation of a Challenging Design Concept

BAE Systems had embarked upon a highly complex project to design an aerospace mechanism of unprecedented capability. They were looking for a suitable design and manufacturing company to assist with the industrialisation of the design concept and Reliance was recommended to the project leader at BAE.

BAE Systems had already developed a concept and so engaged with Reliance, drawing on its expertise in gears and geared systems, to take the design forward into a prototype. The prototype had highly ambitious weight and strength requirements which required considerable innovation in design and manufacture. However, by working very closely together, and drawing from Reliance’s extensive experience gained in previous projects, a successful design was quickly realised. Following design approval by BAE Systems the mechanism was manufactured in Reliance’s prototyping facility, which was ideally placed to produce the tight tolerances and complex features of the parts involved.

As the project continued, BAE Systems sought Reliance’s expertise in motor control, and this lead to a further expansion in the scope of the work package to include responsibility for the design and manufacture of the mechanism and the electronic control boards required to drive the motors. As hardware was produced, specialist test capabilities at Reliance were utilised to prove the design as well as finding improvements for a further iteration.

Following delivery of the mechanism, BAE Systems engaged with Reliance once again to continue to develop the prototype – lowering the mass and increasing capability. As Reliance was involved in the design and manufacture of the motor control boards, it was in a position to design a mechanism featuring very high levels of integration which almost halved the mass of the system whilst simultaneously increasing capability and functionality.

“I’ve been really impressed not just with the quality and attention to detail of your work, but the imagination you’ve shown in developing the v3 design.”

The relationship with BAE Systems had developed during the project such that Reliance was acting as design consultant on other areas of the mechanism, as well as providing manufacturing assistance. The design and manufacturing capabilities of the team at Reliance have meant that the company has become one of a small number of core partners on the project, with responsibility for key elements of the design and manufacture of the mechanism. By working closely together, significant technical challenges have been overcome, and there is a clear roadmap to take what was once an elaborate and highly ambitious concept to full production.